How Does Channeling Work?

So you, too, might be wondering about the million-dollar question: How does channeling work? Well, unfortunately, the short answer is that we don’t really know for sure.

However, we do have some ideas about how it might work. One of the clearest understandings about channeling is that it is likely not a force. We know this because things that work through force are dependent on space and time. For example, if you had telepathic abilities and your thoughts were a force, they would need to travel from your mind to your brother’s mind (all the way across the country).

However, we see in multiple different types of channeling studies that this is not the case. The effects are seen instantaneously and are not dependent on space. That is, it doesn’t matter how far away you are from the device or person — the results are the same.

So what does this mean?

It means that channeling transcends time and space.

If we accept this notion as fact, then it makes sense that our intention could act upon the physical world. It also makes sense that our consciousness could influence our reality, which we also observe in multiple experiments. For example, in the laboratory, we see how human intention affects random-number generators. Outside the lab, we’ve studied how chocolate and tea that has been blessed by a monk improves a consumer’s mood!

Some also propose that our channeling experiences are an innate part of our everyday lives, acting unconsciously all the time to support us (psi-mediated instrumental response model and first-sight model and theory). Perhaps perceiving beyond our traditional five senses is actually our natural inclination but our abilities are blocked in some way.

The Ganzfeld technique was developed based on the idea of blocking out sensory input to see if it improved people’s telepathic and precognitive scores.

Studies with psychedelics support this notion as well, as certain substances disinhibit certain parts of the brain and people experience more channeling while on psychedelics.

Multiple studies have also shown that our bodies are sensitive to information and energy that our traditional five senses can’t pick up. We see this in presentiment experiments where our bodies change based on information from the future, and from the distant mental intention in living systems experiments where people’s bodies change when someone directs their mental intention to them. Finally, there is some conjecture that the pineal gland has something to do with how channeling works but limited research has been done on this so far.

Likely, there is no one way that channeling works. At IONS, we’ve posited that there may be different ways of channeling based on the type of channeling as well as an individual’s Noetic Signature™.

If you’re curious to discover your own Noetic Signature™, you can pre-order my book, The Science of Channeling. In it, I’ll show you how to identify and hone your own channeling skills, process the information you receive, and use your unique gift to improve your life — and the world around you.

Curious to learn more about channeling? Take a deep dive into The Science of Channeling through our new online course! A part of the IONS Channeling Research Program, this self-paced program sheds light on experiences we call “channeling” — the process of revealing information and energy not limited by space and time.

In this course, you will explore the latest scientific evidence for channeling phenomena, looking at research questions such as “Is channeling real?” and “Is it a mental health concern?” Join IONS Director of Research, Helané Wahbeh, as she reveals the fascinating research on this common phenomenon which we are just coming to understand! 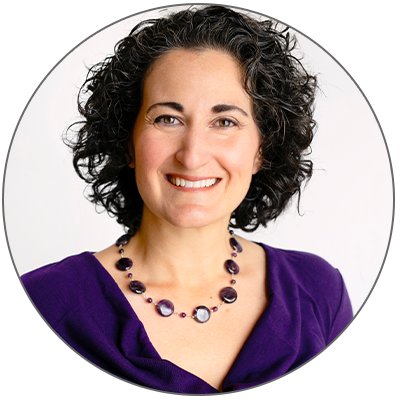