What are Earthbound Spirits? Scientific, Clinical and Personal Perspectives

Around the world, there are cultures that believe a person’s spirit can be trapped on the Earth after they die. This phenomenon can be referred to as earthbound spirits. Some believe that these deceased people did not transition to the light because they either had unresolved issues when they died, or a fear about what would happen to them after death. Earthbound spirits don’t usually refer to spirits who may willingly choose to stay close to the Earth to help others, like guides, gatekeepers, and Bodhisattvas.

Join us on Friday, October 28th at 11 AM for a ConnectIONS Live panel discussion exploring this fascinating topic. In this webinar, you’ll hear from Dr. Helané Wahbeh and her panel guests – Alexander Almeida, Jan Ögren, Guenet Sebsibe, and David Furlong – as they share their insights on earthbound spirits from scientific, clinical, and personal perspectives.

Please register even if you can’t attend live and you’ll receive an email with a link to the recording. David Furlong BA (Hons), MSc, PhD, is the Director and Founder of the Spirit Release Forum (SRF), incorporated in 2011 in the UK. As well as providing a platform of information and articles, the SRF runs online training courses in Spirit release, attracting students from across the world. With a life-long interest in spiritual healing, David was involved with a group of healers and doctors in establishing the College of Healing, founded in 1981. When Director of the Wrekin Trust, in the late 1980s, he was responsible for bringing Dr Roger Woolger into the UK to run programmes in Regression Therapy and did some initial training with him. During the 1990s, David established his therapeutic practice, ran training programmes, and authored five books, including The Healer Within (Piatkus, 1995), Healing Your Family Patterns (Piatkus, 1997), and Working With Earth Energies (Piatkus, 2003). In 2002, David joined the newly formed Spirit Release Forum, founded by Psychiatrist Dr Alan Sanderson, and went on to Chair its Educational wing, establishing training programmes in Spirit Release techniques. Since then, he has completed a BA (Hons) with the Open University, a Master’s Degree in Consciousness, Spirituality and Transpersonal Psychology, and a Doctor of Philosophy degree in Transpersonal Counselling through an American University. His acclaimed book Illuminating the Shadow: Transmuting the Dark Side of the Psyche was published in 2016 and based on his PhD research into the Shadow. For the past twenty years, David’s therapeutic practice has focused on spirit release and attendant trauma-related issues within the inner world. With more than ten thousand hours of client work, David has refined his techniques to provide a practical methodology for healing past-life trauma, sub-personality trauma, and spirit attachments and intrusions, including dealing with dark entities. Additionally, he has recently started a PhD research programme in Hypnotic Regression Therapy through the Alef Trust and Liverpool John Moore’s University. 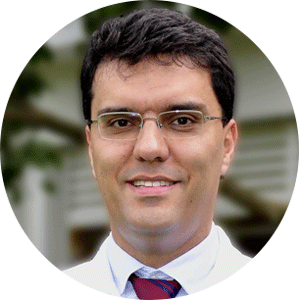 Alexander Moreira-Almeida, MD, PhD is Professor of Psychiatry at the Federal University of Juiz de Fora (UFJF) School of Medicine and Founder and Director of the Research Center in Spirituality and Health, Brazil. Chair of the Section on Spirituality of the Latin American Psychiatric Association (APAL). Founding chair of the section on spirituality of the Brazilian Psychiatric Association (2014-21). Former chair of the Sections on Religion, Spirituality and Psychiatry of the World Psychiatric Association (WPA) (2014-21) when coordinated the WPA Position Statement on Spirituality and Religion in Psychiatry. He obtained a medical degree at UFJF and trained in psychiatry and cognitive-behavioral therapy at the Institute of Psychiatry of the University of São Paulo, Brazil, where he also obtained his PhD in Health Sciences. Formerly a postdoctoral fellow in religion and health at Duke University. Author of more than 170 papers published in peer-reviewed journals and chapters that received more than 7,200 citations, h index 43 (Google Scholar). More than 550 presentations at academic meetings, including 131 abroad in 17 countries. More than 400 interviews to lay media. Coordination of TV NUPES, a YouTube channel on science, health and spirituality with more than 300 videos and 960k views in 160 countries. Editor of the book “Spirituality and Mental Health Across Cultures” (Oxford Univ Press, 2021) and coauthor of “Science of Life After Death” (Springer, 2022). His main research interests involve the exploration of the association between religiosity and health as well as empirical studies of spiritual experiences, especially their implication for the mind-brain problem, as well as the methodology, history and epistemology of this research ﬁeld. Jan Ögren, MFT is a Medicine Woman, storyteller, international author and licensed psychotherapist. She has apprenticed with Native American Medicine teachers since 1981. For over 30 years, she has worked in the psychotherapy field helping people change their neurological programming and recover from trauma. She works with the Institute of Noetic Sciences (IONS) combining spirituality and science to help with the shift in global consciousness. She presents talks and workshops on psychological and spiritual topics. See www.janogren.net for more information.

Guenet Sebsibe was born and raised in Ethiopia & came to the Bay Area in the 1990s. Her professional life has spanned many ‘health’ related projects with various Public Health Departments, local community-based and international organizations & as faculty at UC Berkeley in research & health program development initiatives. In the last 10 years, Guenet has been untangling a lot of religious, academic & cultural programming. In doing so, she’s found ways to re-orient many limiting beliefs and also discovered the deep esoteric wisdom for many concepts that we’ve just simply ‘absorbed’ from our families & environments. Among her passions in life, traveling to far-away & unique places to absorb local wisdom-often has been the most fulfilling. She’s convinced that traveling opens up the soul to a world of beauty and an awareness of the amazing resiliency of the human spirit.